Four moral tales, four destinies of teenagers who will burn their wings to find a place and survive in a poor village of Kazakhstan : Balapan, a victim of bullying who doesn’t want to fight; Zharas, whose father is a thief and has to feed his family; Zhaba, who searches for some metal scraps and lusts after a secret treasure guarded by a group of deranged kids; and Aslan, who fears that his medic studies will be compromised by his girlfriend getting pregnant.

The Wounded Angel is the second opus of an eponymous triptych on teenagers about the complex, at times irrational and inadequate relationships that young children becoming adults have with the world. It is the second long feature by Emir Baigazin, the Kazakh director revealed during Berlinale 2013, when it was awarded the Silver Bear. 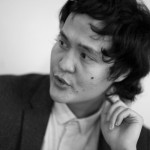 Born in 1984 in Tamdy, a village of the Aktobe Province in Kazakhstan, Emir Baigazin went to high school in Alga from 2002 to 2004; he studied at the acting school of the T. Akhtanov Aktobe Drama Theater, and in 2004 he entered the Kazakh National Academy of Arts, with the specialty of film direction and cinema. In September 2007, he took part in the Busan International Film Festival and the Asian Film Academy (AFA), where his teachers were Thai director Pen-Ek Ratanaruang and Iranian filmmaker Mohsen Makhmalbaf. In February 2008, he participated to the Berlin camp of young talent at the 58th Berlin International Film Festival. His debut feature Harmony Lessons celebrated its premiere in the Berlinale Competition 2013, where it won a Silver Bear for an Outstanding Artistic Contribution. Among over 20 other recognitions worldwide, Emir Baigazin was awarded at the Tribeca Film Festival, the Sao Paolo Film Festival and the Seattle Film Festival as well as received a Special Mention in Directing Achievement at the Asia Pacific Screen Awards in Brisbane, Australia. Emir Baigazin was a member of the Juri “Pardi di domani” at the Locarno film festival 2013 as well as a part of the International Competition Jury at the Sao Paolo Film Festival (Brazil) 2014. His next long feature, The Wounded Angel, was supported by the Berlinale Residency 2013 and has won the International Arte Prize during the Berlinale co-Production Market 2014. In August 2014 the project was awarded with the Work-in-Progress Prize at the Sarajevo Film Festival.

Mid-90s in Kazakhstan, a time of a deep economical crisis…
Zharas carries bags of flour to feed his family. His father just got out of prison and can’t find a job, so he’s on his own to allow his family to survive.
Chick has a wonderful voice and prepares to take part in a singing contest. But someday, new friends appear in his life.
Toad is hanging out in the ruins and sewers of his village, looking for metal scraps he could resell. One day he encounters three deranged young boys, the Gluesniffers, who show him a hidden treasure in an abandoned plant.
Aslan is a brilliant student who gets ready to enter a medical college in the city, but finds out that his girlfriend got pregnant unexpectedly. Realizing the hopelessness of the conditions in the village, he decides to assist her to have an abortion.

Four moral tales, four destinies of teenagers who will burn their wings to find a place in the miserable and tough climate of the real world.

Working this time with Belgian cinematographer Yves Cape (who shot Leos Carax’s gloriously nuts cine-reverie, Holy Motors), Baigazin has developed into an even more assured visual stylist. Camera movement is minimal, with action predominantly playing out within static shots. The framing shows an attention to detail and understanding of the descriptive power of spatial dynamics worthy of Douglas Sirk. Characters are constantly observed either through or against doorways and windows, in mirrors or along corridors, at other times shot from behind or captured in simple, eloquent close-ups. The gaze is detached, unblinking, bereft. […] As in his first film, Baigazin’s work is exemplary in terms of his ability to get performances of quiet, unsettlingly focused intensity from his nonprofessional actors, revealing not so much as a flicker of self-consciousness. With their dark Asian eyes and stern demeanors, the boys’ faces are extraordinarily expressive. – Read the full review