Born in 1977, Andy Guérif is a moviemaker and plastic artist who graduated from the fine arts school of Angers in 2001. The same year he shot Portraits d’édudiants, a series of five-minutes films. In 2002, he directed his first short, Why are you running?…, in which he revisits a cult scene from Vertigo as a sequence-shot, to question its making. In 2006, Cène announces Maestà: the film is focused on a single panel of the polyptych (the Last Supper), and shows the settings being built by actors, who then freeze exactly in the pose of the painting. Andy Guérif also published Le code de l’art (Palette, 2013), in which he has fun associating road signs with art masterpieces. Maestà, the Passion of the Christ, which started in 2008 and was finished in 2015, is his first long feature. 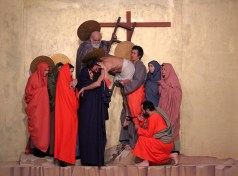 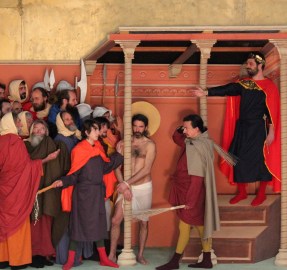 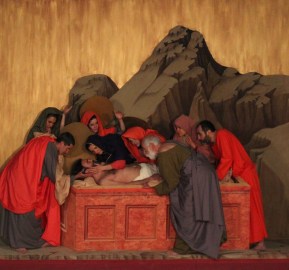