August 1715. After going for a walk, Louis XIV feels a pain in his leg. The next days, the king keeps fulfilling his duties and obligations, but his sleep is troubled and he has a serious fever. He barely eats and weakens increasingly. This is the start of the slow agony of the greatest king of France, surrounded by his relatives and doctors.

Awarded with the Golden Leopard at Locarno in 2013 for Story of my death, Albert Serra comes back to directing with The Death of Louis XIV, an adaptation of Saint Simon’s memoirs starring Jean-Pierre Léaud as the sun-King. The cult actor, who worked with all major director’s from the Nouvelle Vague, plays the dying king who cannot move from the Château de Versailles. Surrounded by his relatives and his closest counselors, who come in turns at his bedside, he attends only a few meetings and can barely rule his kingdom. His wife Madame de Maintenon, his son Louis XV and his doctor Fagon, dread his last breath and try to hide it to the public, to preserve the future of France. 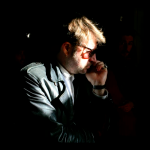 Born in Banyoles in 1975, Albert Serra is a Catalan artist and director. Having studied philosophy and literature, he wrote plays and produced different video works. He gained an international recognition with his first long feature, Honor de Cavalleria, a free adaptation of Don Quijote played by non-professional actors from his village. The film was presented at Cannes’ Directors’ Fortnight in 2006. For his second film, Birdsong, Serra took inspiration in a traditional Catalan Christmas song, El cant dels ocells, and worked with the same group of people to tell the story of the Three Wise Men who golled their guiding star to Jesus. In 2013, the Centre Pompidou in Paris gave him a carte blanche in his correspondence with the Argentinian director Lisandro Alonso. The same year he received the golden leopard in Locarno for his new film Story of my Death, inspired by Casanova’s memoirs. The Death of Louis XIV, his new film starring Jean-Pierre Léaud as the Sun King, is presented in the Official Selection of Cannes Film Festival 2016.

* Around the world in 14 films, Berlin, Germany 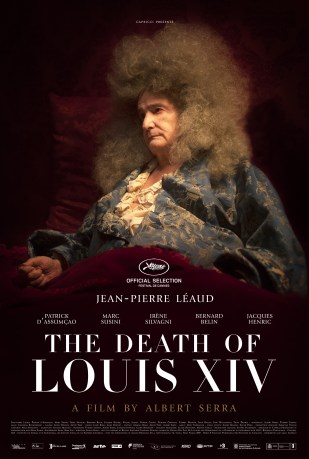 Sight & Sound : « In his latest ‘sacred monster’ study, Albert Serra has made a film in a somewhat classic mode – ‘classic’ in the sense of contained, stately, solemn, somewhat in the manner of Straub-Huillet – and a film that is extremely beautiful and even moving, in a rigorously detached way. […] There’s a lot more to say about this strange, haunting film and about Léaud’s performance, but for now it struck me as a modest yet profound contemplation of mortality and history, and perhaps the most beautiful film seen in Cannes this year – where, although it was not part of the official selection, it would certainly have merited a place in the Competition itself. »

Screen Daily: « Cinematographer Jonathan Ricquebourg creates a visual look that echoes paintings by Holbein or Hogarth. Working with professional actors for the first time, Serra has also found his perfect Louis in Jean-Pierre Leaud. The make-up department do a fantastic job of creating a sickly pallor and Leaud is also given a spectacular plummage of frizzy gray hair that resembles two poodles fighting over a bone. Leaud plays with a weary indomitability, determined to carry on, gracious and dignified in his terrible suffering. The attention to detail extends to his performance with barely glimpsed grimaces of pain, the discomfort of swallowing, faraway looks and sudden moments of fierce concentration all building the impression of a great force fading away. It is easily the actor’s best role and most noteworthy performance in some time. »

Hollywood Reporter: « Firstly, there is Jean-Pierre Leaud’s regal performance. Though it still takes a little effort to see the actor’s now leathery countenance without flashing back to his fresh-faced appearance as a 14-year-old in the most famous freeze-frame in cinema history, he does disappear into the role quite quickly. He’s dignified one moment, imperious the next — in one scene, he seems to prefer to choke rather than drink water from a glass that’s not actually crystal — and increasingly feeble and febrile. […] Secondly, the film simply looks stunning. Unlike the anachronistic, mannerist or intentionally somewhat barren production design of some his previous features, Serra here opts for a painterly approach that combines a certain realism (if also an enormous opulence) in costumes, wigs and furniture with a rich, painterly look full of flickering candles and enveloping shadows. The light is literally dying in Jonathan Ricquebourg’s richly textured cinematography, while Sebastian Vogler’s production design is an impressively coordinated assembly of red and gold velvets, silks and brocades that, despite being no-doubt the most luxurious in the kingdom, do nothing to alleviate the ruler’s pain. »